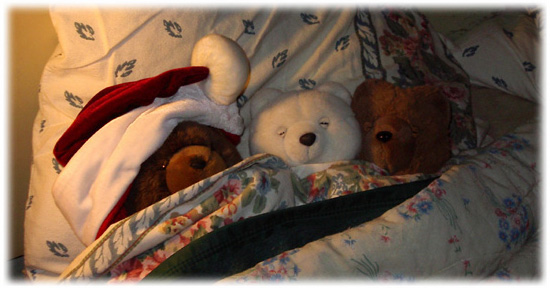 The Gift of the Magus


A Fable for Epiphany

They were all magi, astrologers, priest-kings of their own domains, and they all had observed a certain new star in its rising, and gathered together to discuss its significance. Throughout the long night they took sightings, made measurements, pored over star charts and logarithm tables and fiddled with their secret decoder rings, and finally determined that there had been born a new king of the Jews, in the land to the west of them. Being kings, they immediately saw the diplomatic potential of this, and set about to do him homage.

Of course, you don't simply drop in on a royal household unannounced, at least not without a little present of some sort. So the first king, Caspar immediately went down to his treasury and produced a bag of gold. "Just the thing," he proclaimed.

Not to be outdone, Melchior climbed the tower to his treasury, and brought down a cask of frankincense. "This should put me in the right odor," he chortled.

Forthwith Balthazar, the third king, hurried to his treasury and returned with a canister of myrrh. Nobody knew what myrrh was, but at 400 ogats to the ounce, it was that season's hot investment item. "All set," he cried.

The fourth king, whose name was Bob, was appalled. "What kind of presents are those for a baby?" he exclaimed. "Can't you do any better than that?" But the other kings argued that time was of the essence, and that he should grab something from the treasury and join the caravan. "You go ahead without me," Bob urged, "I'll just stop downtown and pick something up, and catch up with you on the road." So three of the kings set out, following the star, which went ahead of them as they traveled.

Meanwhile, Bob hurried downtown, hoping to find silk nappies, or a crystal rattle, something more appropriate to a newborn king. To his dismay, however, he found the shops all closed when he got there, because of course it was Christmas eve. He quartered the length and breadth of the city, with no better luck, and finally arrived tired and discouraged, well past midnight, on the doorstep of his favorite aunt.

Aunt Marge had raised him from a princelet; his parents, being jet-setting near-eastern potentates, had never had much time to spare for family matters. She'd always been the one he counted on for good advice, and tonight he certainly needed that.

She was still up when he rang, welcomed him in, offered him strong coffee and kringle, and bit by bit wormed the story out of him.

"...So you see, none of that stuff really seemed appropriate for a baby," he concluded, "but I've been all over town, and haven't been able to do any better. Oh, Aunt Marge, what should I do?" He slumped, discouraged, on the sofa.

"Well, you've come to the right place, at least," she soothed, refilling his coffee. "Best selection of royal toys in the kingdom, right here under this roof. A little out-of-date," she twinkled, "but definitely kid-tested."

"That's right, all your old toys, still up in the attic!" She led the way up the stairs.

"Boy, this brings back memories," he sighed, digging through the old toy box. There was his first soccer ball, gone flat with the years. Building blocks with arcane symbols on the sides. The toy drum he'd punched hole through as a 4-year-old, trying to rum-pa-pum-pum too vigorously. And at the bottom of the box--

"Just the thing," exclaimed Aunt Marge, holding up the teddy bear. It was limp, and a little threadbare, and the fur had rubbed off in spots. One eye was missing.

"Oh, hush, it just needs a little fixing up," she scolded, "here, bring it downstairs."

Once down in the parlor, Aunt Marge proved as good as her words. She plumped out the bear with a couple of old woolen socks from the ragbag, and stitched him back up. She sewed on a new button eye, that almost matched the old one, and she cut a length of new red silk ribbon to replace the old, bedraggled bow. Examining her handiwork, she proclaimed, "Fit for a king."

So finally, Bob set out. By this time it was dawn, and the star had set, but he checked his notes, took the best bearing he could, and started off. It turned out that he miscalculated, overshot, and had to backtrack half a days journey, but three days later he was in a coffee shop in a small village on the Judean frontier, listening worriedly to the local gossip. He had a brief moment of concern when the village police started taking an interest in him, but as he was traveling alone, and entering, not leaving, he got off with a little fast talk, and buying a round of doughnuts.

It was nightfall of the fourth day when he arrived at a stable on the outskirts of Bethlehem. The star dithered overhead, as if it were uncertain whether to stay or leave, or was perhaps impatient to be going. In the stable yard, a middle-aged man with the broad shoulders and blackened thumbnails of a carpenter was tying a small bundle to the back of a small donkey. A woman with a larger bundle sat patiently on a larger donkey nearby.

Bob dismounted his camel. "I seek the newborn king of the Jews," he said, "I have seen his star in its rising, and have come to do him homage."

The carpenter rolled his eyes heavenward and grimaced, as if to say, Another one? Before he could reply, the woman's bundle began to wail.

"I don't know what's wrong," she sighed, rocking and shushing the swaddled babe. "He's not hungry, and he's not wet. I suppose," she admitted, folding her cloak closer around the bundle, "that he could just be cold."

"Here, try this," offered Bob, drawing the bear from under his cloak, "it always worked for me."

She accepted the gift with a grateful glance, tucked it into her bundle. The wail immediately subsided to a pleased gurgle.

"We're off to Egypt," confided the husband, "the sooner the better. Don't like the political climate around here."

"From what I've heard, that sounds like a good idea," agreed Bob. "And you might want to take the back roads 'til you're well past Caesarea Phillippi. Just for luck."

"Thanks, I'll keep that in mind," was the reply. "By the way, can you change foreign currency? All I've got are these ogats, and I need to pay the bill before we leave." So Bob gave them all the shekels he'd got in change from the doughnut shop and bid them farewell.

And he returned to his own country by a different route.

Frank and Denise and all the bears at Off Center Ceramics would like to wish you all a wonder-filled holiday season!